UKTV’s home of crime drama, Alibi, and their agency You Need a Social Life approached us with a world first – an interactive escape room, Framed, that would be streamed live via Facebook. It was timed to coincide with the start of the brand new third season of Crossing Lines.

Users were able to enter a puzzle-filled room, as they battled against the clock to solve everything and get themselves out. The stream saw over 14,000 total views and thousands of comments and votes sent in using the Facebook emojis and comments section.

As a world first, there was a lot of ground-breaking technology and concepts to get right. Of course being streamed live meant that it couldn’t afford to go wrong on the night, so working closely with You Need A Social Life, we thoroughly tested the technology and did a trial run to ensure that the concept itself would work.

Framed, as well as being an escape room, was a mystery for the main character to solve, with the help of Facebook viewers. Using a head mounted camera meant that viewers would see the perspective of the mystery’s main character. It began with a security guard patrolling the halls on his usual night shift at the virtual world’s most exclusive art gallery. Suddenly trapped in a corridor with a dead body, the guard has just 40 minutes to solve the murder mystery before being framed for the crime himself.

As the guard navigates through the escape room, viewers are presented with choices at key junctions. Using our Facebook Live Solution, viewers were able to interact by posting suggestions to the Alibi Facebook page at those key points. The solution automatically converts those suggestions which are acted upon into graphics and displays them on screen crediting the audience member who made the suggestion. Those suggestions then influenced what the guard did next, making the audience truly feel a part of the action.

We also ran a number of polls throughout the stream about the major decisions the character had to make. The audience then voted on what the character would do next, with the results instantly displayed in a graphic on the live stream. 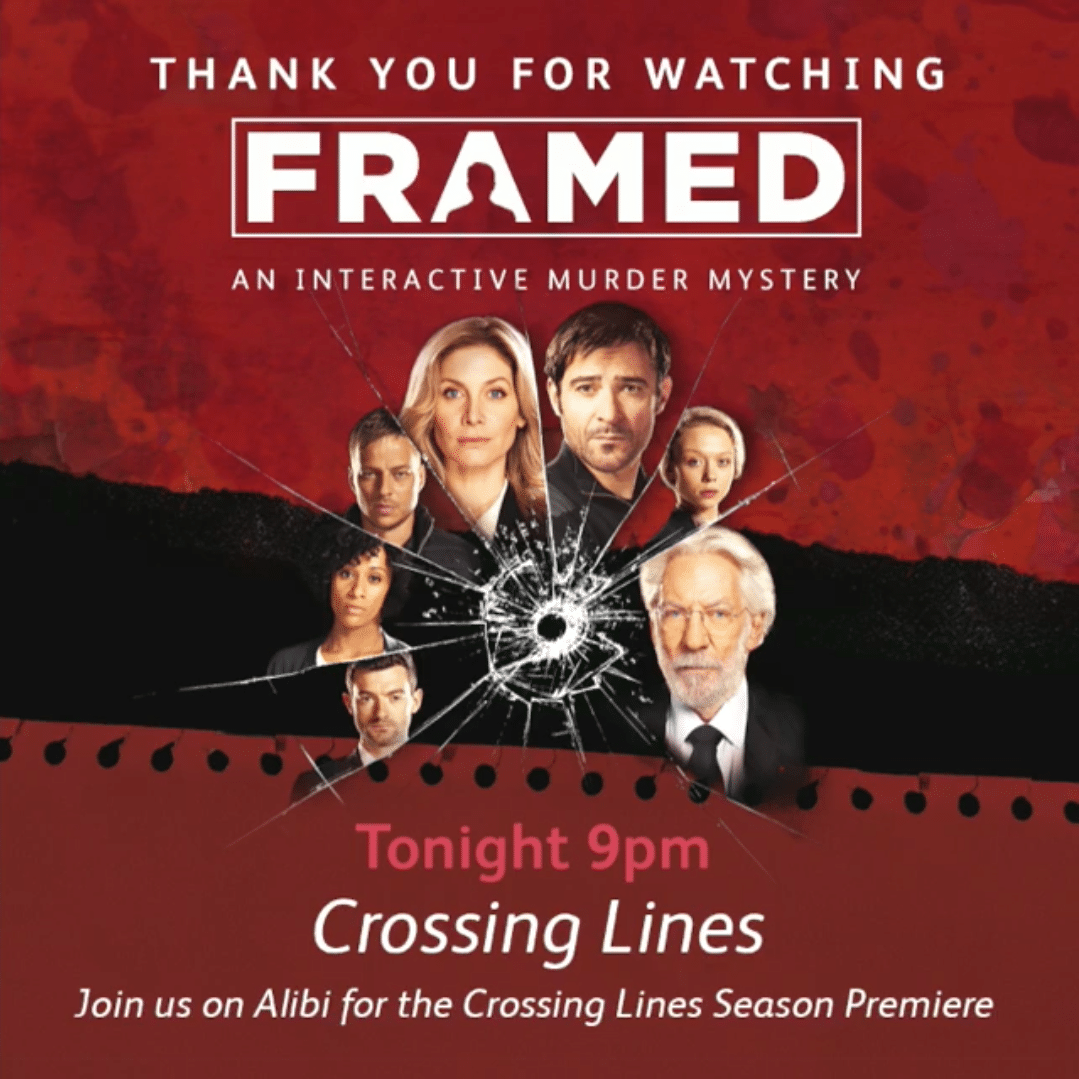 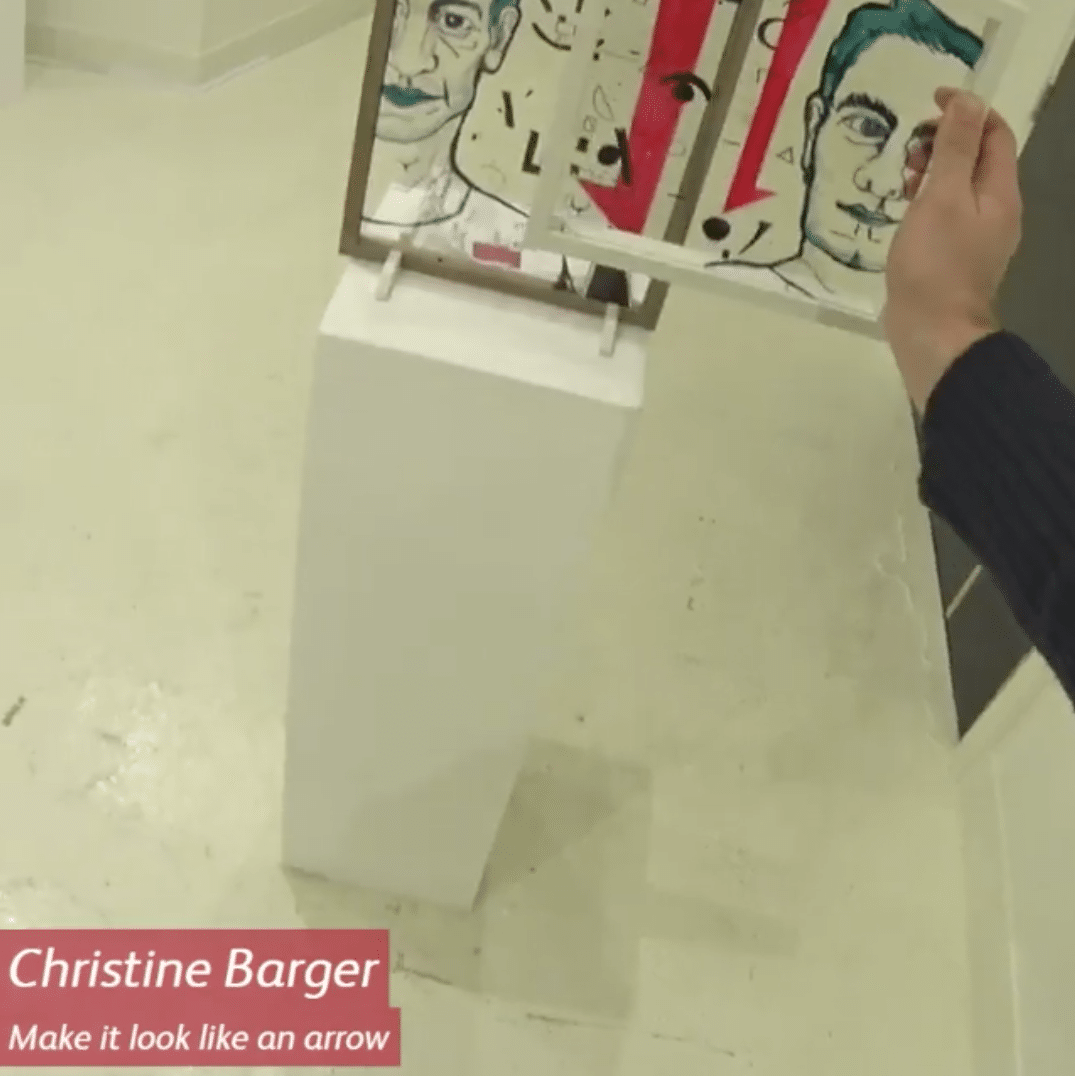 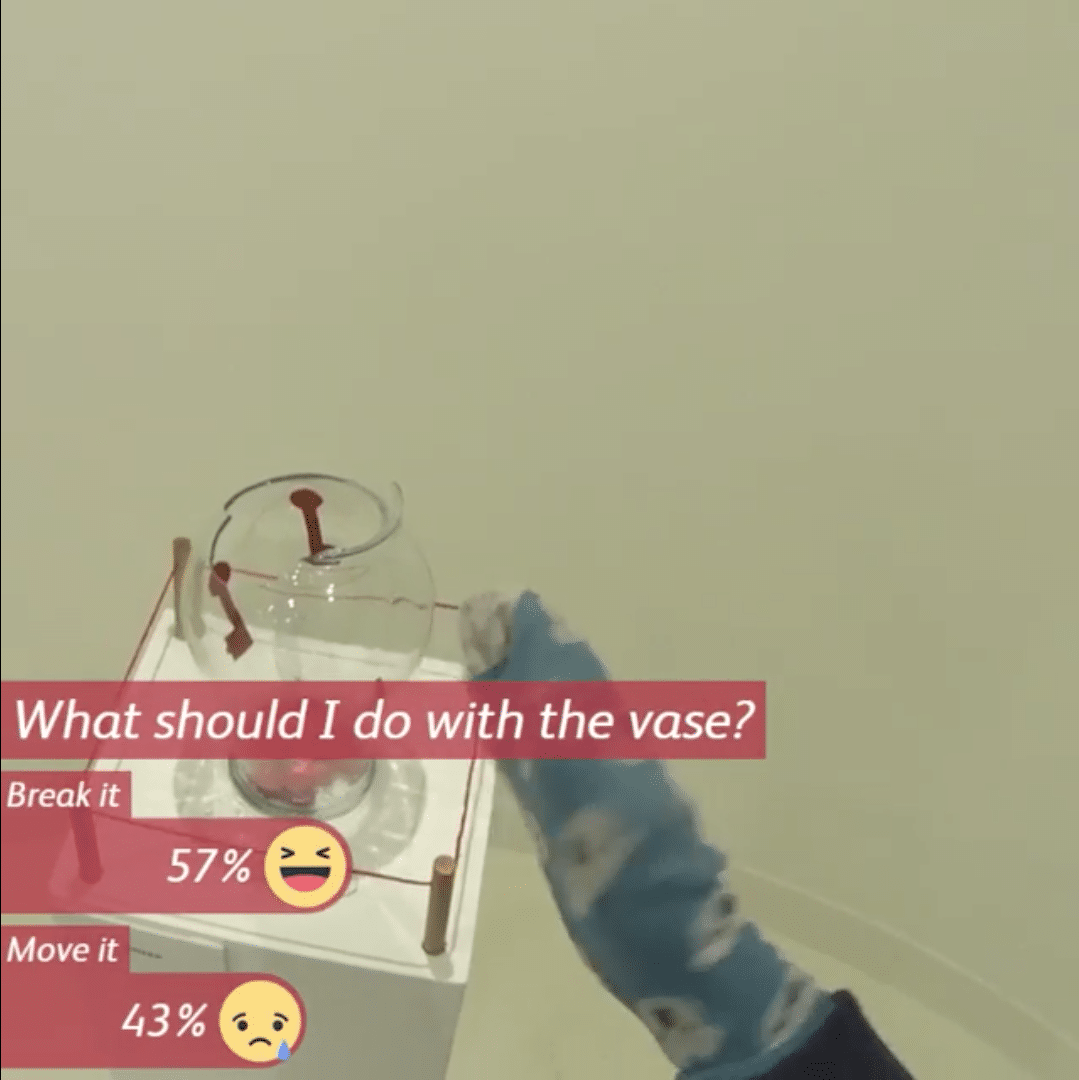 The end result was a highly interactive and engaging event, with viewers not only immersed in the action, but directly influencing it.

“Framed is a brand new way for Alibi fans to enjoy crime drama. We love to reward our viewers with more of what they love and engage them in more ways. Alibi fans will love the chance to put their own skills of deduction to the test just like their favourite TV detectives.”