We were chosen by Amazon for a campaign with John Dewar & Sons (owned by Bacardi), where they planned to sell a miniature whisky set of 3 popular Aberfeldy whiskies on Amazon and promote a live interactive whisky tasting session to match. The tasting session would stream to Amazon.co.uk and Amazon.de from the Dewar & Sons Aberfeldy Distillery in Scotland. 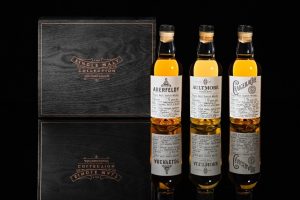 We worked with Amazon to incorporate our existing tools into their platform so our interactive features could work when streaming into their website. We filmed and produced a two-camera shoot, with live stream hosts, Malt Master, Stephanie Macleod, award-winning drinks commentator, Alice Lascelles and Aberfeldy’s Brand Home Ambassador, Matthew Cordiner. We streamed the footage into Amazon’s back-end and questions were asked by viewers via a text box on the landing page. The questions were then pulled into our REALM (Real-time Engagement and Live Management) tool where they were moderated with German questions, (having been translated by the Amazon Germany team), before we sent them to Alice live on the presenter display tablet in Aberfeldy. By adapting our REALM technology to be used within Amazon, we were able to manage and moderate the flow of questions, creating a really engaging experience for viewers. We plan to adapt REALM over the coming months to include more interactive features, including Alexa functionality, to make live streams on Amazon as dynamic as possible. 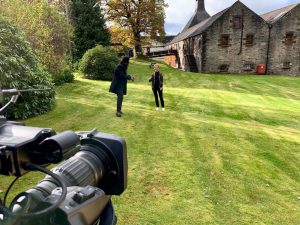 The interactive live stream produced fantastic results, with over 50,000 people tuning in. Interactivity was also high with over 500 questions sent in from the live audience across the UK and Germany.