The Goodwood Festival of Speed was a thrilling weekend full of cars, cars, and more cars—oh, and some motorbikes, too. We live streamed Renault’s booth as well as some races around the track, but shot it in full 360° video, with just under 1.5M people tuning in to watch the live videos over the 3 days.

Attendees at the festival rubbed shoulders with the likes of Formula One’s Nico Rosberg, Le Mans legend Tom Kristensen, and Kenny Bräck. Having such a global following and a cap of 150,000 attendees per day, many fans are left unable to attend the festival. Renault Sport, with Goodwood’s blessing, decided to live stream a 360° feed from the grounds of the event on each of the three days, offering behind-the-scenes interviews and exclusive content. The HD feed was streamed directly into Facebook Live via the Renault Sport Facebook page, and displayed on large screens around the festival’s grounds. We at Groovy Gecko were chosen to assist Renault, owing to our experience providing unique and effective live streams to large audiences on Facebook Live.

Offering a summary of the best bits of the day, the live stream featured presenter Gary Champion introducing highlights and exclusive interviews. Renault also wished to increase the uniqueness of the stream, so it was decided that it would be shot in 360° video. As a result, on day one, the immersive feed displayed a 360° view of the Renault garage, creating a sense that the viewer was in the garage themselves. This type of exclusive backstage access further intensified the effectiveness of the live format, which is especially good at shrinking the distance between a brand and a fan.

Renault also offered viewers exclusive content, such as interviews with motoring legends. First, Jeremy Townsend, communications director at Renault UK, gave viewers a history of Renault’s place in Formula 1, next Jolyan Palmer gave us an insight into the life of an F1 driver, and even René Arnoux, the Grand Prix legend, took the time to be interviewed.

We live streamed the Renault booth and pre-recorded car journey – in 360°! Our engineering team created a 3D overlay of a screen which featured the main 2D footage of the live stream in a 3D environment. Once the action changed to in-car footage, the attendees at the booth saw the on-track action as a multi-camera mix, but those viewing online were placed in the driver’s seat in 360 degrees.

We supplied all the production including cameras, lighting, streaming equipment etc., managed the live streams and pre-recorded content, and created the run of show for the three lives over the three day festival.

Something particularly popular with viewers was the 360° helmet/dashcam footage from within a number of cars. In some cases, the stream fully gave the impression that the viewer was in the car, experiencing driving on the track themselves. On day one, the footage featured a heritage 1902 Renault, while day two’s stream including 360° dashcam footage of Jean Ragnotti taking on the hill course in the Renault 5 Maxi Turbo, in which he originally won the 1985 Tour De Corse.

This footage was challenging to capture, owing to the difficulty of placing cameras in a suitable position, and powering equipment in cars with no onboard power source. The solution was to use two different cameras depending on particular cars, and remote power them via power blocks and batteries. The 360° footage was then stitched together as the cars were driven around the track, and inserted into the live programme. Ultimately, the dashcam footage captured was excellent, further adding to the immersion of the viewer.

Each live stream also featured a competition to win a selection of more than £100 worth of Renault merchandise. The question was read by the presenter and was then answered by viewers in the comments. This was an effective way of increasing the reach of the stream, and alerting other Facebook users to its presence. 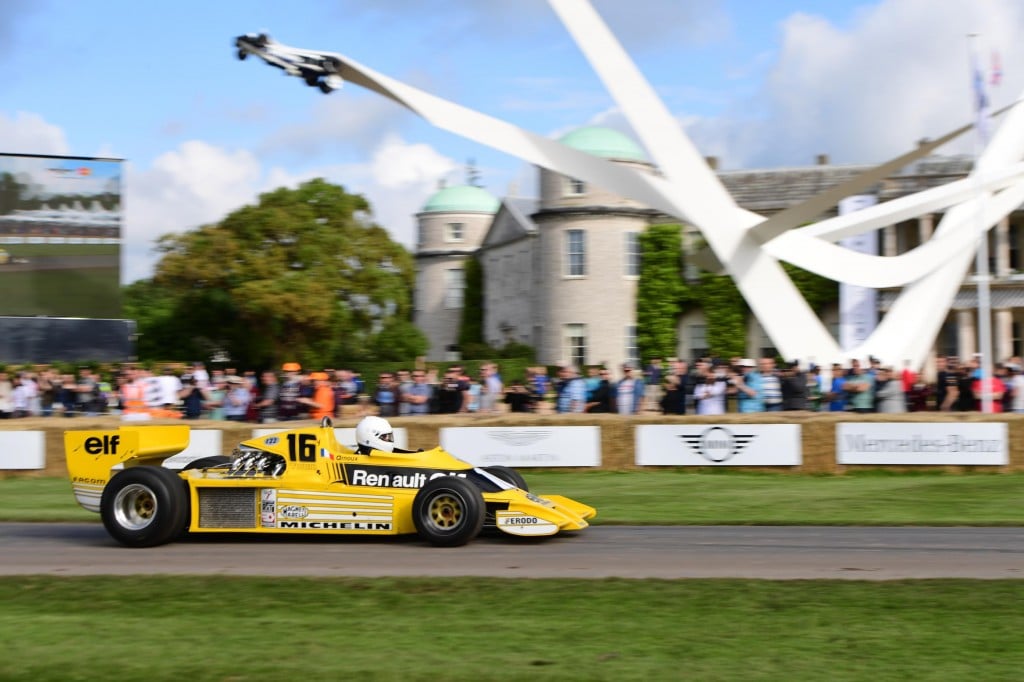 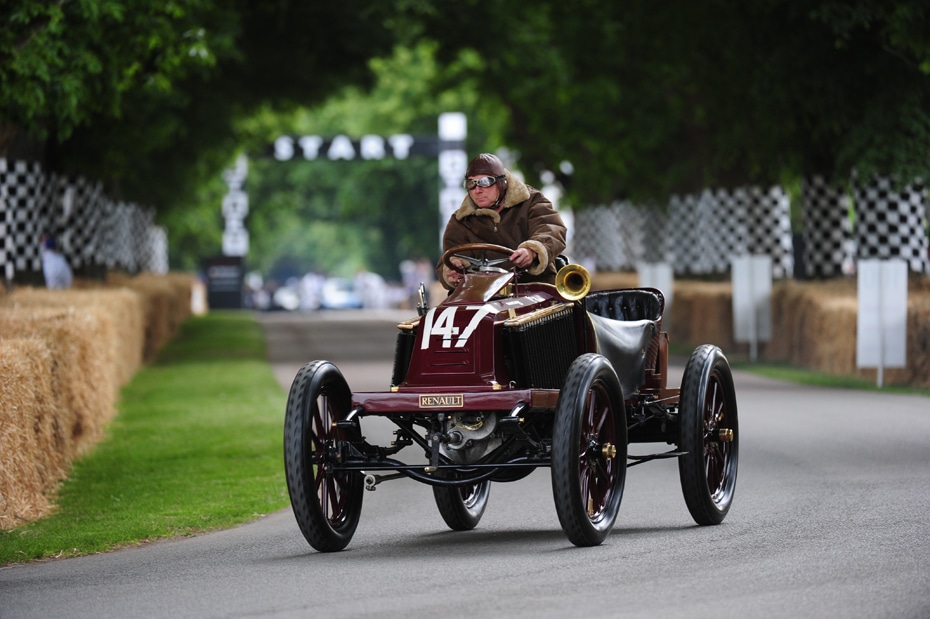 As Goodwood Festival of Speed is an event, it is difficult to afford truly immersive access to fans who are unable to attend. Although some aspects of an event may be televised or reported on briefly, this usually occurs afterwards, or at the end of the day to recap. This does not extend the true sense of the festival to viewers, and does little to foster excitement. Live video, on the other hand, is capable of creating a sense of being “in the moment” and inclusion. It also encourages engagement, which in turn alerts others on social media to a stream, and therefore to the event as a whole.

Almost 1.5 million viewers watched Renault’s live videos over the three days of Goodwood Festival of Speed. Of each live stream held across the long weekend, the second performed the best, reaching 549,000 views in the first week. The first feed was shared the most, at 112 times. Given that between 100,000 – 150,000 visitors attend the festival every day, Renault’s live feed was actually watched by a much larger audience than the event itself.