DrLupo In the Escape

Agency Superunion approached us with an exciting, top-secret brief (even to DrLupo) that involved streaming two activations of live gaming for an Intel campaign with Benjamin Lupo (aka DrLupo).

Based in the U.S., we project managed, produced and streamed both secret events with a mix of live and on-demand content. The streams were extremely successful, with over 750,000 views and thousands of comments and interactions throughout.

Superunion needed two activations streamed with DrLupo. The first was to promote a new H45 chip which would allow them to build a mobile streaming rig, and the second was to be a mix pre-recorded and live content with a live orchestra to launch the start of Gamer Days – the Black Friday of the gaming world with 10 days of deals on Intel products.

DRLUPO IN THE ESCAPE (1st activation)

This live event took place in LA and was live streamed to DrLupo’s Twitch channel. The event’s goal was to promote a new H45 chip which allowed the build of the mobile streaming rig for DrLupo. DrLupo, an Intel ambassador and partner, built the rig with Intel so that streaming could be done from anywhere. The activation In LA saw DrLupo taking the rig to an abandoned warehouse to play ‘Escape from Tarkov’. The abandoned warehouse was chosen as there is a ‘warehouse’ part of the game, so we wanted to merge the physical and digital worlds and make it feel like Ben (DrLupo) was experiencing the game in real life. The concept of the show was kept very secret, even from Ben; All he knew was that he needed to be in LA with his mobile streaming rig and there would be a bunch of ‘surprises’. We wanted to take a few elements from the game and exaggerate them for in room stunts, with the show based on two concepts – the first being that this game felt military based and the second that it was based in a fictional Russian place. Using those concepts, our in-room activations included:

Our team did the production, venue hire, set dressing, and internet connectivity & power (the venue didn’t have either). We also set up and managed the video, audio, lighting and live streaming on site, pre-production for the intro VT, BTS footage & Edits – we did both highlight edits, product focused edits and various social media cut downs (60, 30, 15 in 1:1, 9:16 etc). Our project management team arranged talent travel, accommodation, and concierge while he was in California, organised mods / talent to join Ben on his stream.

We had various challenges throughout this project, most notably the ‘harsh’ environment which had no internet or power (which are pretty critical to carry out a live production…). Our first venue also fell through a couple of weeks before our live date, originally scheduled to take place at Hawthorne Plaza (an abandoned mall), but we were told late in the day that they didn’t have the correct fire permits in place so needed to find a suitable alternative that was in keeping with the game. Overall Intel & SuperUnion were incredibly happy. The fans absolutely loved the show as well, with lots of positive comments sent in throughout the stream. 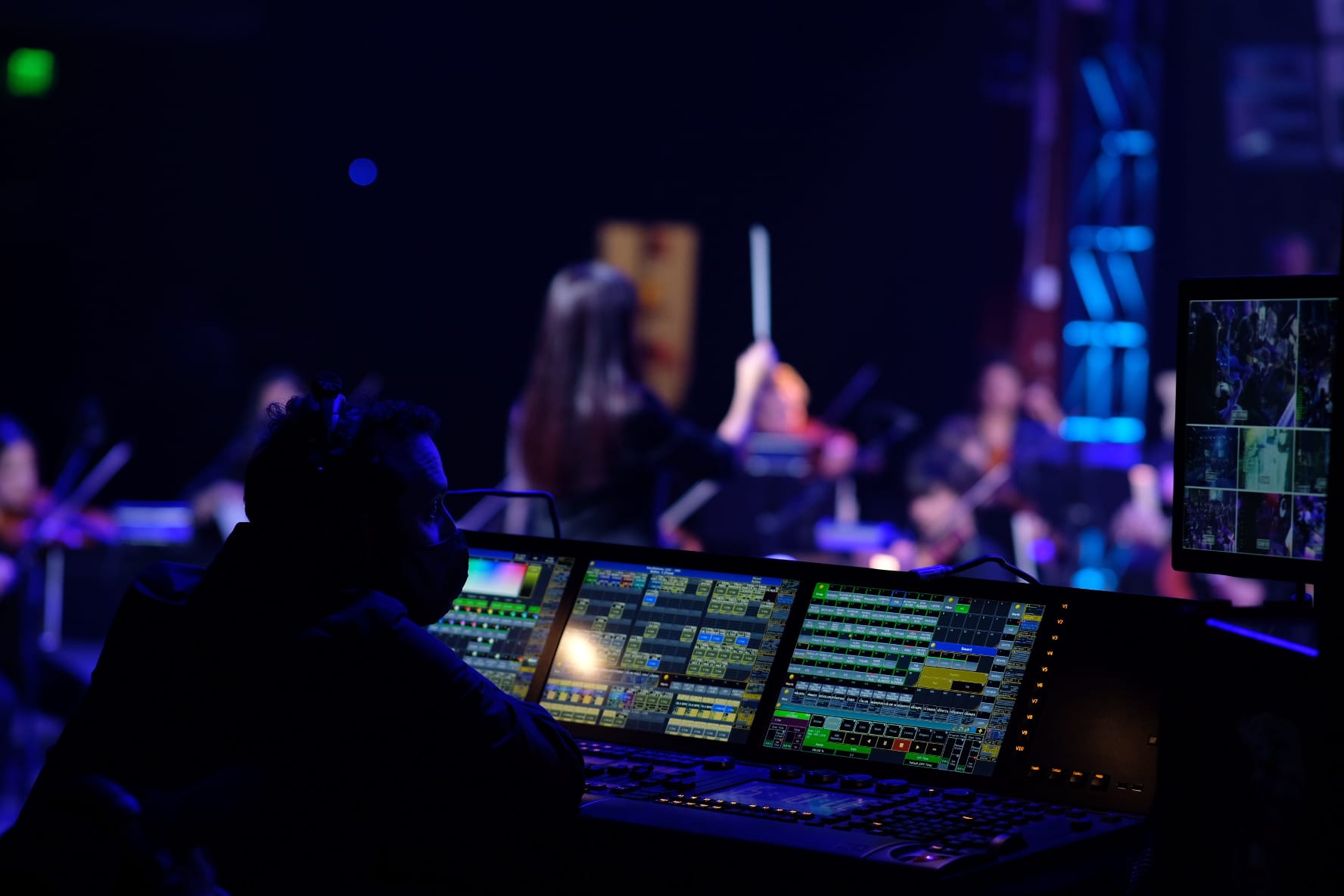 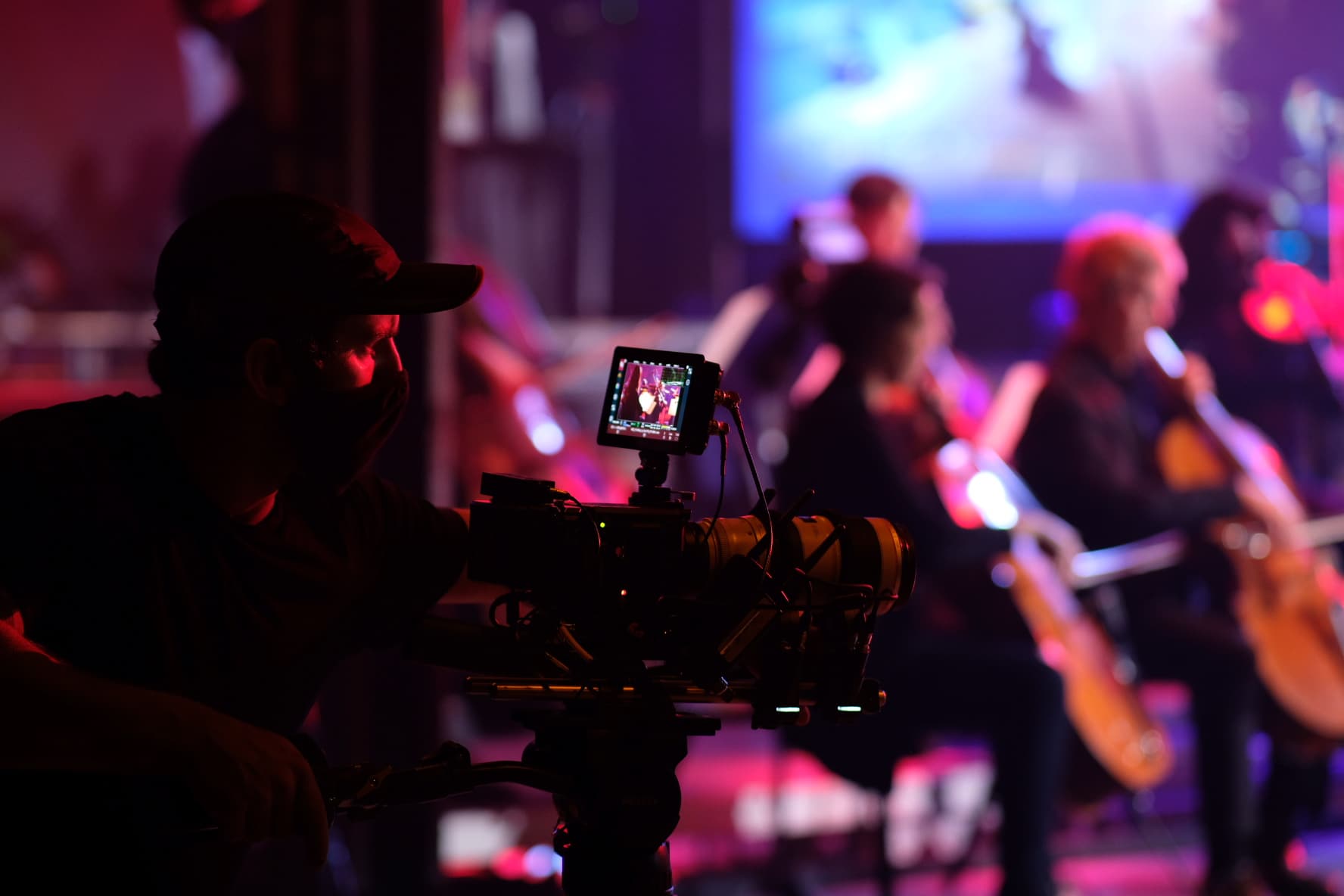 Parts of the orchestra event was live streamed as a teaser during the event, with the full event being available one month later.

The edit was played out at 9am PT on Friday 27th August and streamed through DrLupo’s twitch channel. This event was recorded in late July in San Francisco with the Mercury Soul Orchestra. This live stream playout was the opener to Intel’s Gamer Days activation, signalling the start of the 10 day limited time Intel sale.

DrLupo played Destiny, with the game soundtrack re-worked by a live orchestra and their composer in real time to react to how DrLupo and guest were playing. We worked with the game developer and composer to make sure what was being put together for the orchestra to play was authentic to the game.

Our team organised a lot of the elements for this activation as well, including finding a suitable orchestra in the US, hiring a venue, production (16 camera shoot) and live stream management, audio and lighting. Although this was a pre-recorded shoot, Ben did a live stream from onsite (from the H45 rig) as a bit of a teaser which was streamed to his Twitch channel, and although he didn’t give much away, you can hear some of the orchestra in the background. Our team also developed the storyboard for the entire shoot for the edit, BTS footage & Edits, and filming behind the scenes footage, creating a hero edit as well as a bunch of teaser films which Intel released / are releasing.

Our project management team booked the talent travel, accommodation and concierge while he was in San Francisco, organised mods / talent to join Ben on his stream, as well as sorted permits, music rights, and other various technical aspects.

As this activation was pre-recorded, it allowed us much more time to concentrate on the camera shots we wanted and to get the music exactly right. There weren’t any technical issues but we had to contend with a lot of restrictions from a union perspective, for example, how long we could film the orchestra for. Filming in America has a whole host of specific requirements and permits you must adhere to so negotiating them was challenging. We also had an issue on the actual game Ben was playing. They really wanted to film a part of the game called Trials of Osiris but that is only available from Friday to Monday and our record day was on a Tuesday so we had to quickly adapt the music which had been composed to be used against another part of the game! 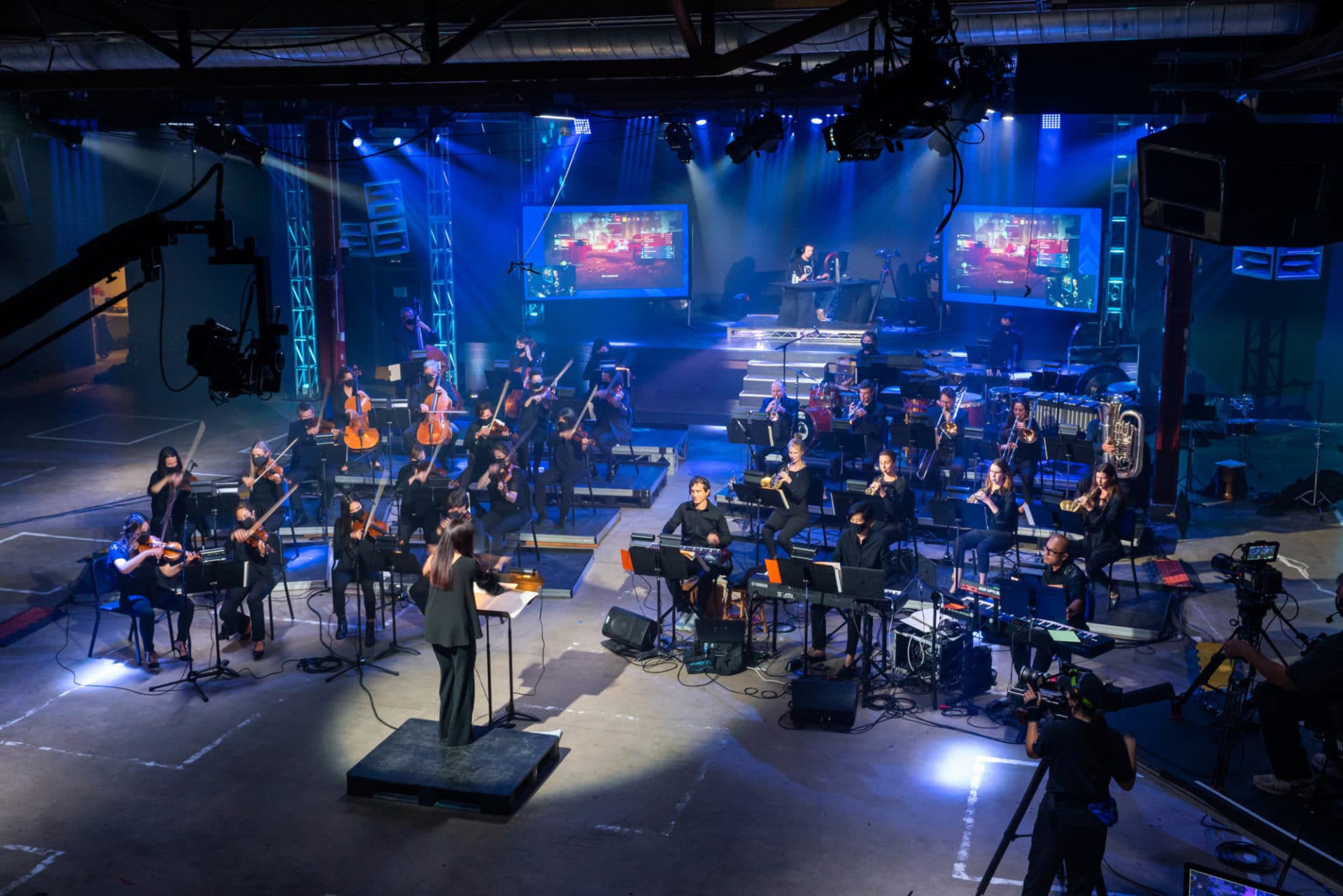 “My hat goes off to all of you supremely talented people for pulling off the most entertaining (and emotional) piece of gaming content ever. The bar has been pushed so high by you guys. I can’t thank you enough for all your amazing efforts and pure dedication to the cause. It’s been a privilege to witness your talent in action, and really enjoyable working with you all. I absolutely loved it.”

The results of this live stream were incredible, with over 750,000 views across both streams, and thousands of comments throughout. The moving orchestra performance set the record as the first ever orchestra “in real time” reaction to live video game play.