Strike Night was a finishing tournament that saw seven world class goal scorers go head-to-head to crown the world’s best finisher. World-renowned footballers competed head-to-head on not only their ability to score and defend, but also on their style, voted for live by viewers. Described by judges as a game-changer and a future benchmark for how all live events will be experienced, Nike Strike Night took home the coveted Grand Prix Award at the 20th edition of Campaign’s Event Awards.

The task for Groovy Gecko was to help Nike engage with their young, football-obsessed demographic group through an interactive live stream with high quality video production. As Tony Robbins remarked when interviewed on the #AskGaryVee Show, streaming live presents the opportunity to have your own TV show, without the need for a network, and this is exactly what Nike wanted to do.

Groovy Gecko provided a rough run of show for the evening as well as a crew of 42 on site to deliver video production, directing and live streaming. Our team of producers, project managers and engineers managed the multi-camera shoot, streaming technology set-up and management as well as the moderation of interactive elements including the live polling via Facebook emojis and graphics to ensure live results were updated live on-screen. We worked with the live reactions for video production direction with flexible improvisation for an authentic, smooth and engaging broadcast. Using our REALM Live Polling tool, we set up the stream so online viewers could vote live for the competing athletes based on their style using Facebook emojis.

Strikers Pierre-Emerick Aubameyang, Mauro Icardi, Marcus Rashford, Christian Benteke, Andre Silva and Alex Oxlade-Chamberlain were judged pitch-side by Nike Football legends Ian Wright and Didier Drogba while their results were measured by a fully interactive LED goal and the online audience voted live. At the end of the battle, the athlete with the highest number of votes received a 500-point bonus. Grime stars AJ Tracey and Santan Dave also performed live at the end of the evening which we also live streamed. 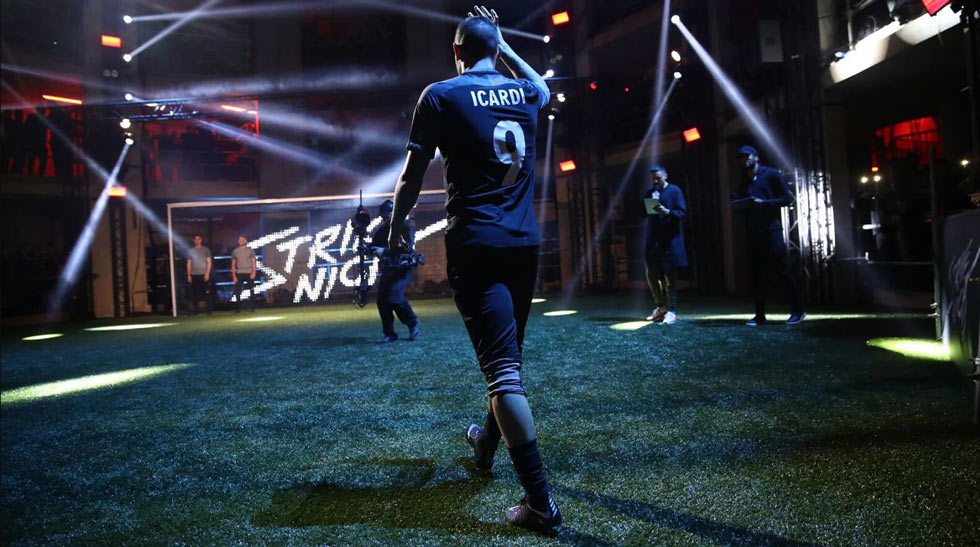 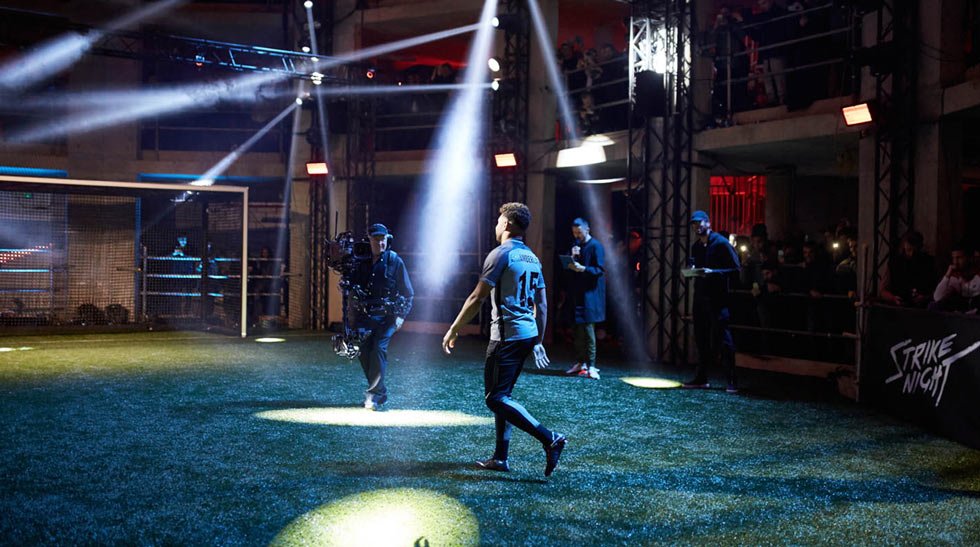 Strike Night embraced the exciting interaction that can be had when you think outside the box of simple live streaming. Value was added for their live online audience by encouraging them to have a say in how the night would play out and which footballer would be crowned the winner. Cross-posting the live stream to hundreds of pages across platforms including athlete, retail and media partner channels resulted in 1.9 million views of the broadcast in its first day alone. The campaign generated a combined social media reach of over 700 million, plus global newspaper and TV coverage.