Sony and agency Micromegas brought us on board for an exciting event where we helped create a ‘hologram effect’ using LED screens at a Spiderman press event in Italy, streaming Tom Holland from an LA studio.

We produced and live streamed the private live stream of Tom Holland which was only available to the on-site press in Italy, where they could interact in real time with the star, without the standard look and feel of a ‘conference call’ which you would normally get from a remote call-in.

With various promotional commitments, Tom Holland could not travel to Italy for this event, so clients Micromegas and Sony wanted to elevate the concept of virtual connection in an authentic, on-brand way. Instead of connecting to the on-site audience in a traditional video conference, they wanted Tom to appear as a hologram. We needed to provide a high-quality stable link between LA and Rome. The main challenge was to provide a very low latency, high quality stream so that Tom and Rome could speak to each other with minimal delay as if they were in the same room having a conversation.

We created a high quality link between LA and Rome with almost no latency (200 milliseconds). From a crew and kit perspective, we sent one engineer with a primary and backup encoder to each location, and had a single camera feed with a microphone on Tom Holland against a black backdrop to highlight the actor. We also included circular lighting to mimic the ‘multiverse warp hole’, or Dr Strange Portal as some call it! There was a secondary microphone and camera on standby to make sure we were able to quickly continue the link with no interruptions.

For the setup in LA, we provided a single feed from Rome to Tom so he could see presenter Alessandro Cattelan and the audience, and we sent Tom’s feed to Rome, which was projected onto a special screen with a projector along with LED screens to give the illusion of a hologram. We also sent multiple feeds back to LA, each with a separate reference monitor for Tom so his eye-line would match between the host and the audience, selling the illusion that he was actually on stage. Our engineers even implemented a visual effect of Tom appearing and disappearing in a ring of fire to transition him in and out at the beginning and end of the event. This was a late addition to the project but was executed flawlessly.

For the link, we used various platforms including Vmix and a custom web RTC route to provide different redundant feeds and routes. We provided Tom with an IFB to receive the audio from Rome and from our producers to ensure his audio was as clean as possible, making it feel like he was in the room in Italy. The kit that we sent on-site with our crew is what we call the “get out of jail kit”. This includes LiveU’s that create on-site internet connections in case of wifi connection issues, as well as a back-up feed in case of encoders failing. The kit is also equipped HDMI to SDI scalers and convertors, audio to SDI and delay units, as well as various sizes of cabling, to enable us to work in a variety of spaces no matter the conditions. As this was a point-to-point connection, there was no end platform, and the stream was private, sent only to the in-room audience in Italy. 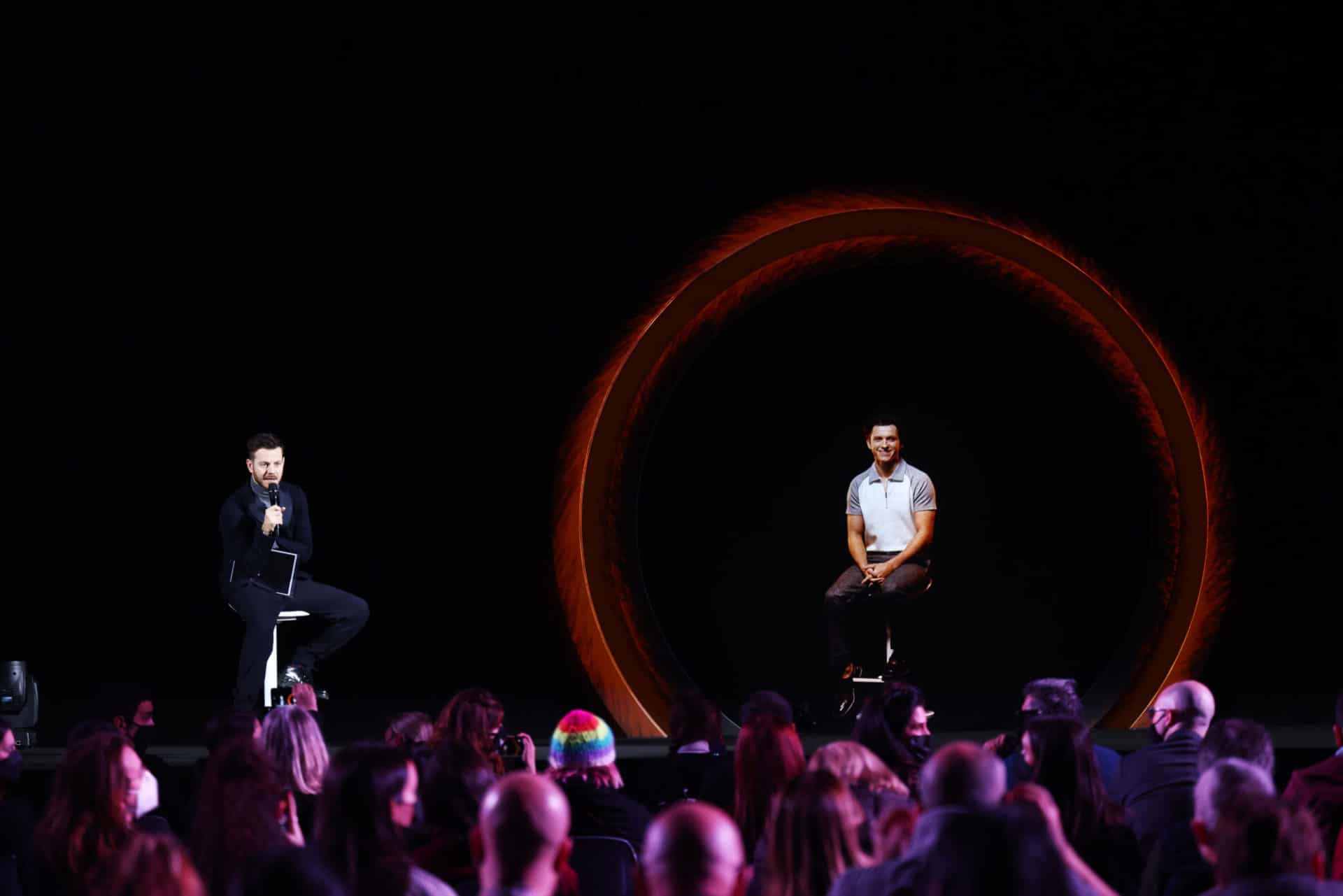 The use of ‘hologram effects’ is a great way for communication with talent for global press junkets and Q&A’s during a pandemic. Not only is it cost effective, but it’s much greener than providing air travel for talent to attend press conferences around the world, with the added bonus of the talent being able to attend various events in a single day, from the comfort of a studio near them. You can catch a glimpse of the Spiderman: No Way Home press event from the instagram video below.

Sony, Micromegas and Tom, were really pleased with the quality of the event and streams. The overall look and feel of the hologram effect was exactly what they wanted, and Tom Holland even commented to our crew, “Can we do these all the time?”