As part of O2’s on-going tie up with Star Wars, Groovy Gecko were asked to deliver a unique and engaging live stream to Facebook to give away tickets to The Last Jedi premiere.

The O2 wanted to create an interactive and engaging live stream competition that encouraged fans across the UK to engage for a chance to win tickets to Star Wars: The Last Jedi premiere. The Facebook Live stream featured two Stormtroopers guarding an imperial box containing the premiere tickets.

We did the technical delivery of the stream as well as the video production of the live competition. In each ten-minute competition cycle, the audience was asked a trivia question which they could pick one of three correct answers for by voting live on-screen using the Facebook emojis and hashtag commenting. Our team set up an algorithm so that once a correct answer was received, one letter of a four-letter code to open the box was revealed. Viewers then had two minutes to comment again with their guess of the code. Once the window for entries closed, our GG Live Polling tool was able to scrape the comments and reactions, sort all the winners using our algorithm and then randomly select a winner from that group.

Our tool ensured no-one can cheat and only a viewer’s first answer is used. The final winner’s name and avatar was then displayed on-screen, with live on-screen graphics managed by our on-site moderator. Viewers would then see a small piece of The Last Jedi video content while the game reset and the next pair of tickets could be competed for. 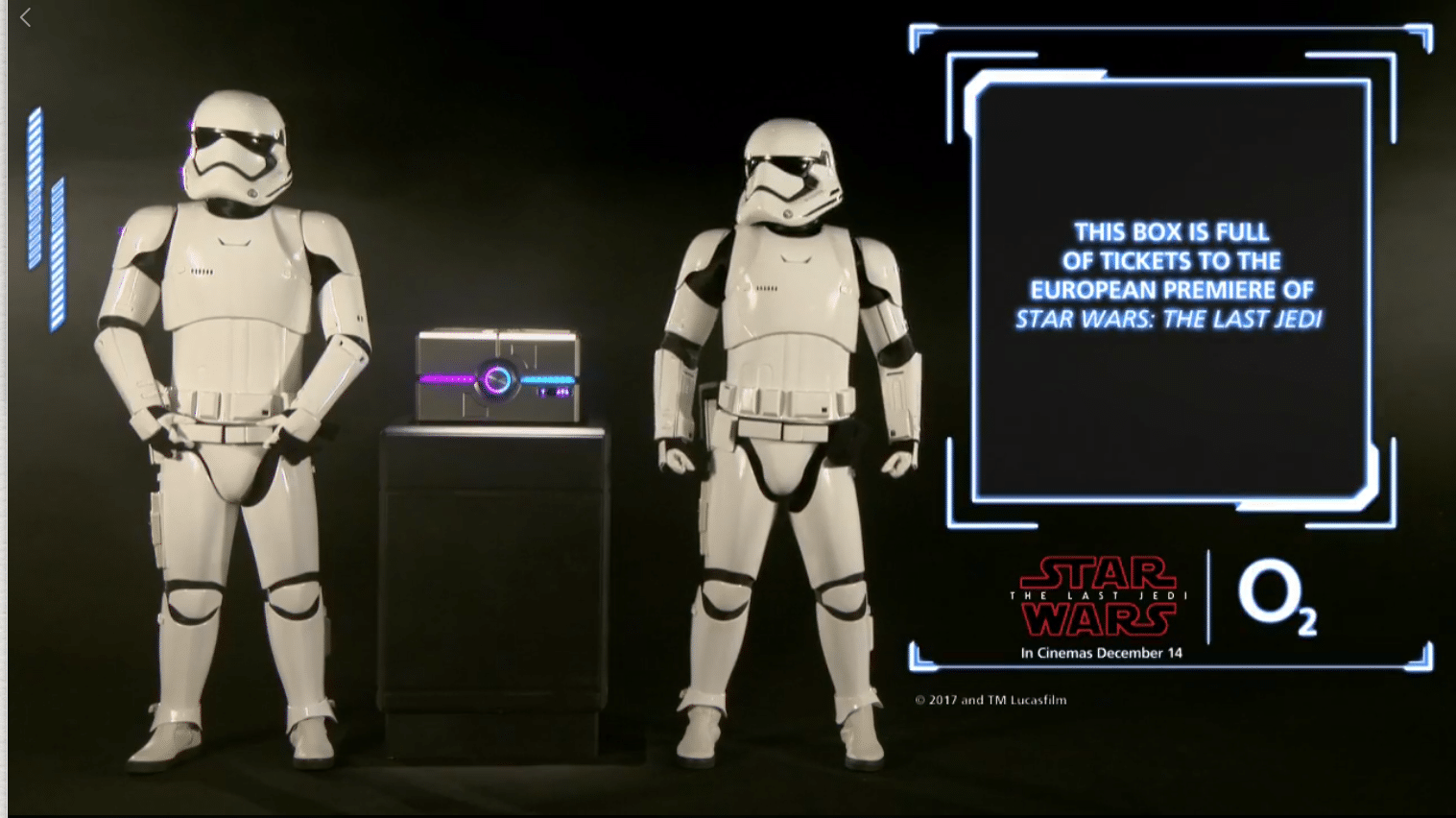 There were over 179,000 viewers tuning in live and over 75,000 comments submitted which is particularly impressive as this stream was delivered in the middle of a weekday. The stream was shared 373 times and there were 10 winners.
179K
live views
78K
live comments
373
shares