We helped Tesco stream a hilarious and brilliant ‘turkey’ race, where volunteers dressed up as Christmas Turkeys and completed an obstacle course. Fans loved the event as well, with the live stream to Twitter gaining over 800,000 views!

Tesco wanted to create a special Christmas campaign on Twitter in a tournament style Turkey Race. Viewers voted for their favourites, with the chance to win a £50 Tesco voucher. This was live streamed to Tesco’s Twitter and Facebook channels in the run up to the Christmas Holidays. The aim was to get the Tesco Hashtag #StandForJoy trending and drive engagement with the brand.

The live event comprised of two presenters, Tiff Stevenson and Daniel Cook, on set with various competitors racing through the obstacle course behind, where we produced, filmed and live streamed everything to Tesco’s channels. We utilised high-end production equipment including rolling cameras to cope with several moving elements. We had 14 crew, from directors and camera operators to engineers and sound technicians.

Audience engagement came from on-screen prompts to tell people how they could vote for their favourite ‘turkeys’. We deployed our VMIX social scraping tool for BBH to moderate Facebook and Twitter comments centrally. This allowed for real-time engagement with the presenters. 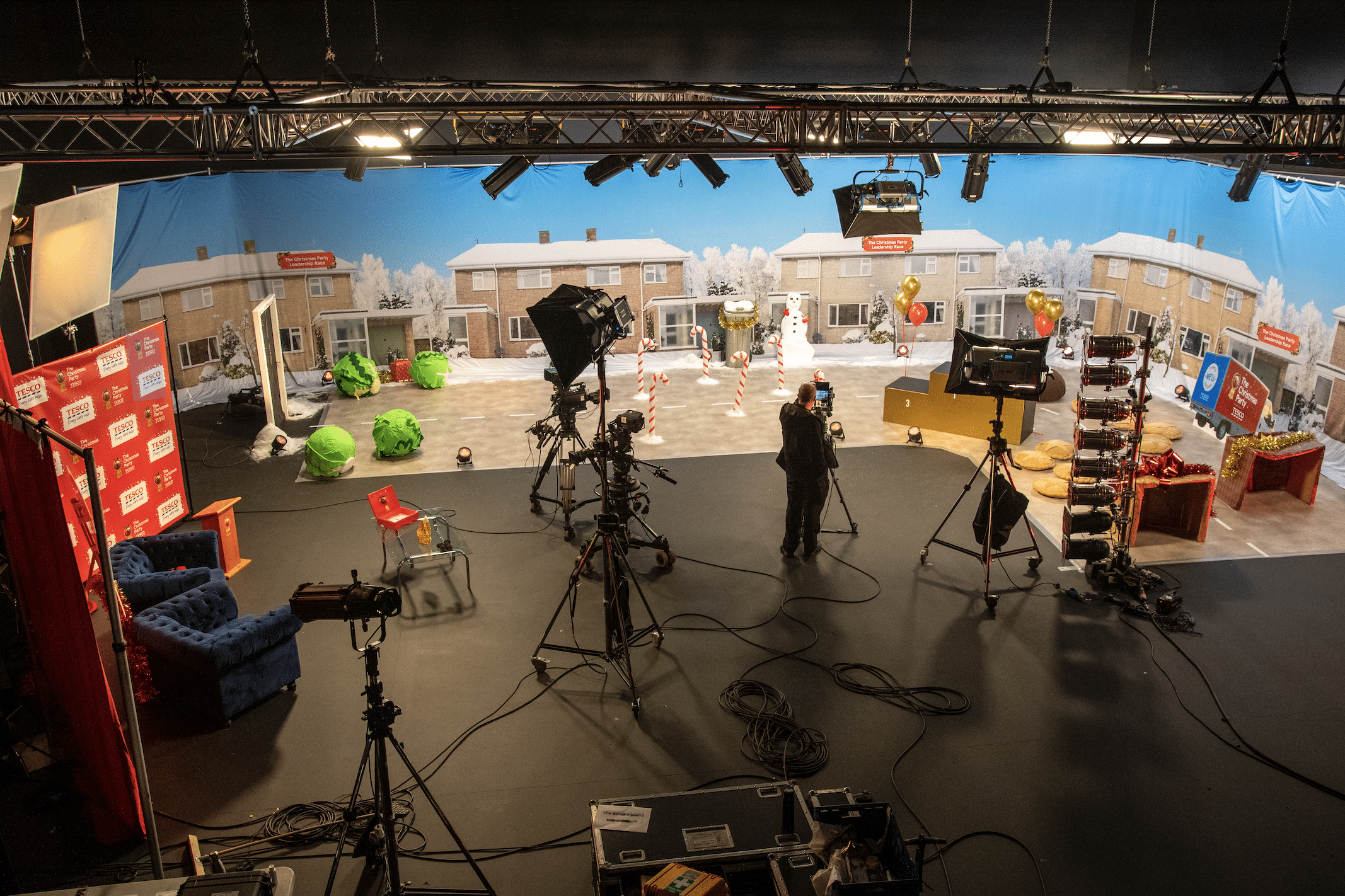 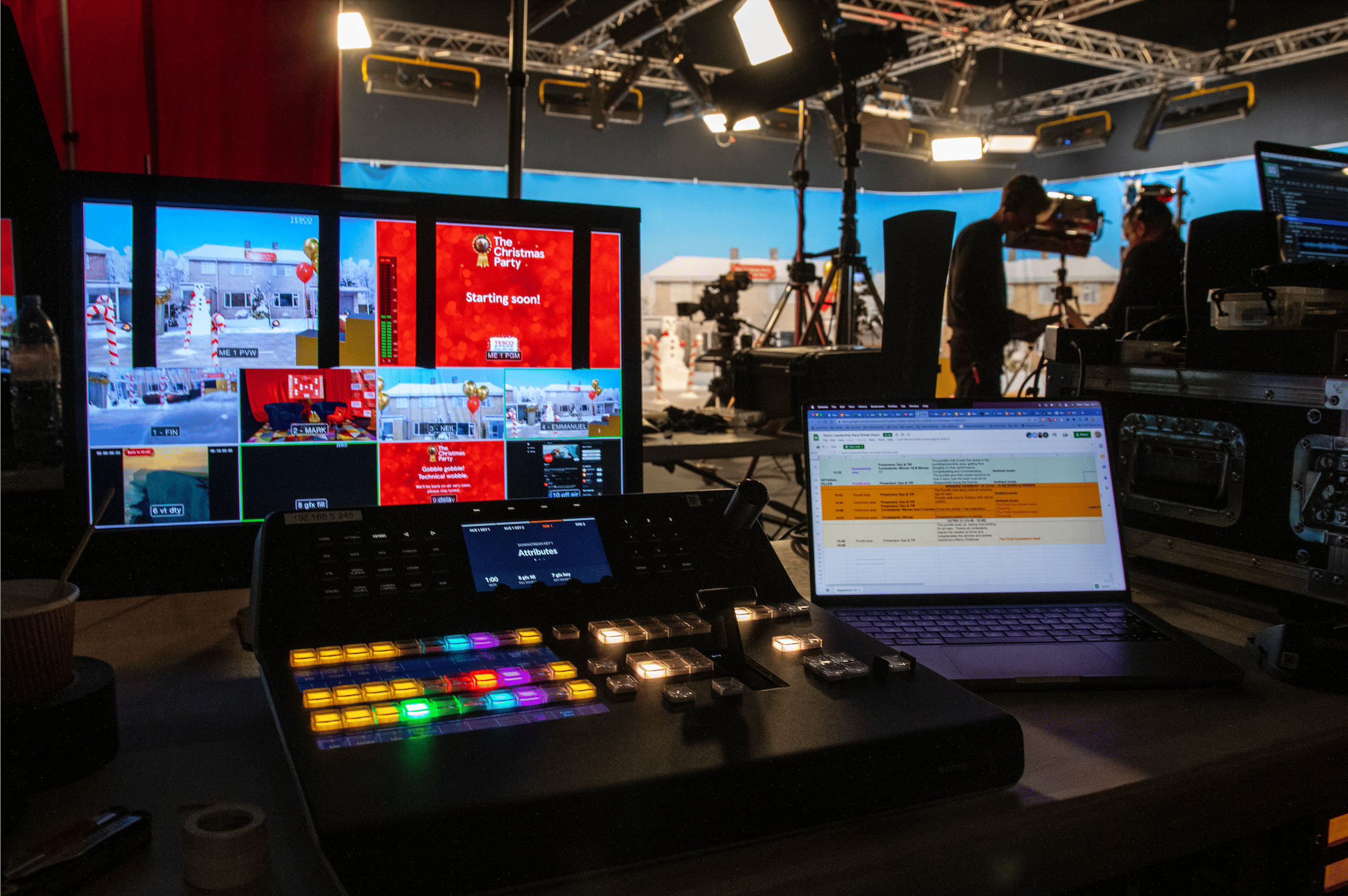 The Tesco and BBH teams were thrilled with the results of this live stream, with over 800,000 views, thousands of interactions, and 120 winners of the £50 Tesco gift cards. The hashtag #StandForJoy trended to number 2 on Twitter in the UK.

Join us live for Christmas Party Leadership Race 🏁 Reply below with #StandForJoy and the name of the candidate you want to win each race. There are 120 x £50 Tesco gift cards up for grabs! Ts&Cs apply: https://t.co/LSGYm5mcf0 https://t.co/gd87djn6gS