Groovy Gecko was approached by agency VCCP to live stream Virgin Games’ series of content: Vlad’s #CarParkPoker and #Hi-Lo Turkey. Featuring 500-year old Vlad the vampire as he gets into

Vlad, history’s most improbable vampire, returns for his latest jaunt with Virgin Games. This time he’s turning everyday situations into fun social games, starting with a car park #CarParkPoker, a live-streamed game that people can engage with through Facebook Live. Vlad’s in a car park and he’s filled the parking spaces with giant playing cards. Whichever cards are still visible in the vacant spaces form the poker hand. As cars go in and out of the car park, the poker hand constantly changes – getting higher and lower.

As part of the Live a Little campaign, Virgin Games launched its first social activation on 28th September with #CarParkPoker. Vlad’s mischievous character was back to inject fun into an everyday situation, creating a giant game of Poker in a car park, with a top prize of £5,000! Fronted by Vlad, the game consisted of filling parking spaces with giant playing cards. Whichever cards were still visible in the vacant spaces formed the Poker hand. The second stream was a live game of Hi/Lo Turkey, where viewers had to predict whether the next turkey weighed by a customer at the supermarket meat counter would be heavier or lighter than the previous one. The person with the longest correct streak in the comments section won £5,000, with a number of smaller prizes up for grabs as well.

We were tasked with streaming the content of both events to Facebook Live on the Virgin Games page, with viewers keeping their eyes peeled for the highest hand.

Groovy Gecko managed the event production, as well as streaming the interactive video and moderating the audience’s comments. The stream was a big success, with over 150,000 views and 30,000 comments across both streams. In the first instalment of Vlad’s ‘Live a Little’ series, we streamed a live game of Car Park Poker. Featuring Vlad working as a car park attendant, giant playing cards were covered and revealed by cars in the parking bays, changing the poker hand. Players could call out the highest hand in the stream’s comment section for a chance to win a whopping £5000. We used our comment scraping tool to feature a competition in the comments of the streams, with those who comment with the correct answers being selected for various prize draws.

Tying directly into Virgin Games TV campaign these live streams give Vlad the vampire a different job which in each case isn’t quite as exciting as he had hoped. In both these Facebook Live streams, Car Park Poker and Hi/Lo Turkey, Vlad is making life more exciting by taking his dull job as car park attendant and meat counter worker respectively and gamifying them. Car Park Poker saw Vlad put playing cards on each parking space so the viewer’s hand of poker was made up of those cards which didn’t have a car parked on them. Players watched for the highest hand through Vlad’s CCTV system on Facebook Live, and called out in the comment section to try and win £5000.

Both live streams were enjoyed by tens of thousands of people on Facebook and generated hundreds of new followers for Virgin Games as well increased traffic on the related pages of the site. Using our specialist polling feature, viewers will be able to guess the weight of the turkeys and vote as to whether the next one is higher or lower. The campaign was enabled by our unique competition tool which allows us to deliver complex multi-round competitions over Facebook live with 100,000s of viewers taking part.

“Car Park Poker is an industry first in terms of scale and concept. The larger-than-life idea is driven by Virgin’s irreverent, fun loving proposition as well as the fun we have as a gaming brand. Using our mischievous character, Vlad, we’ve injected some fun into everyday situations to surprise and delight our audience.” 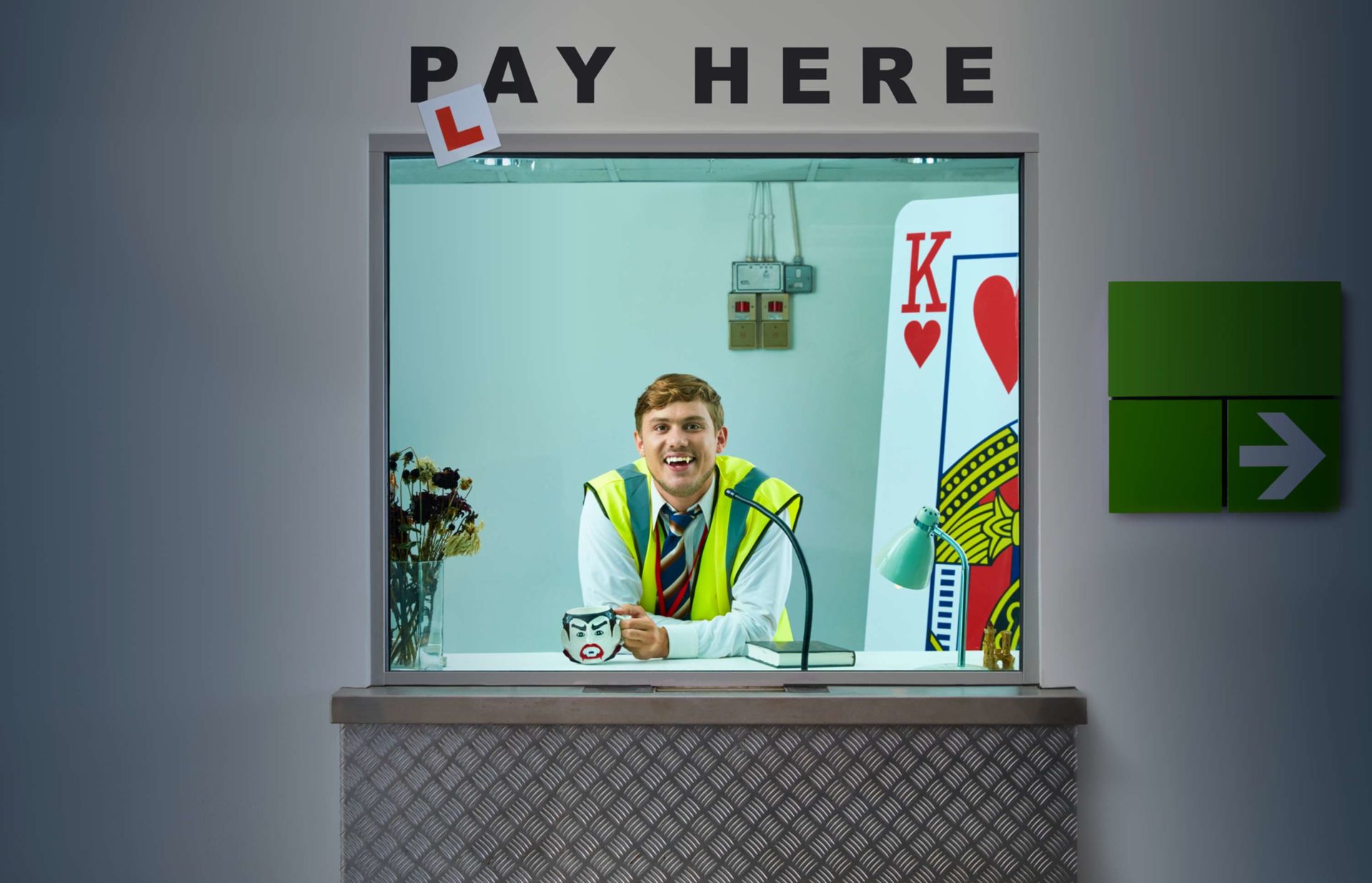 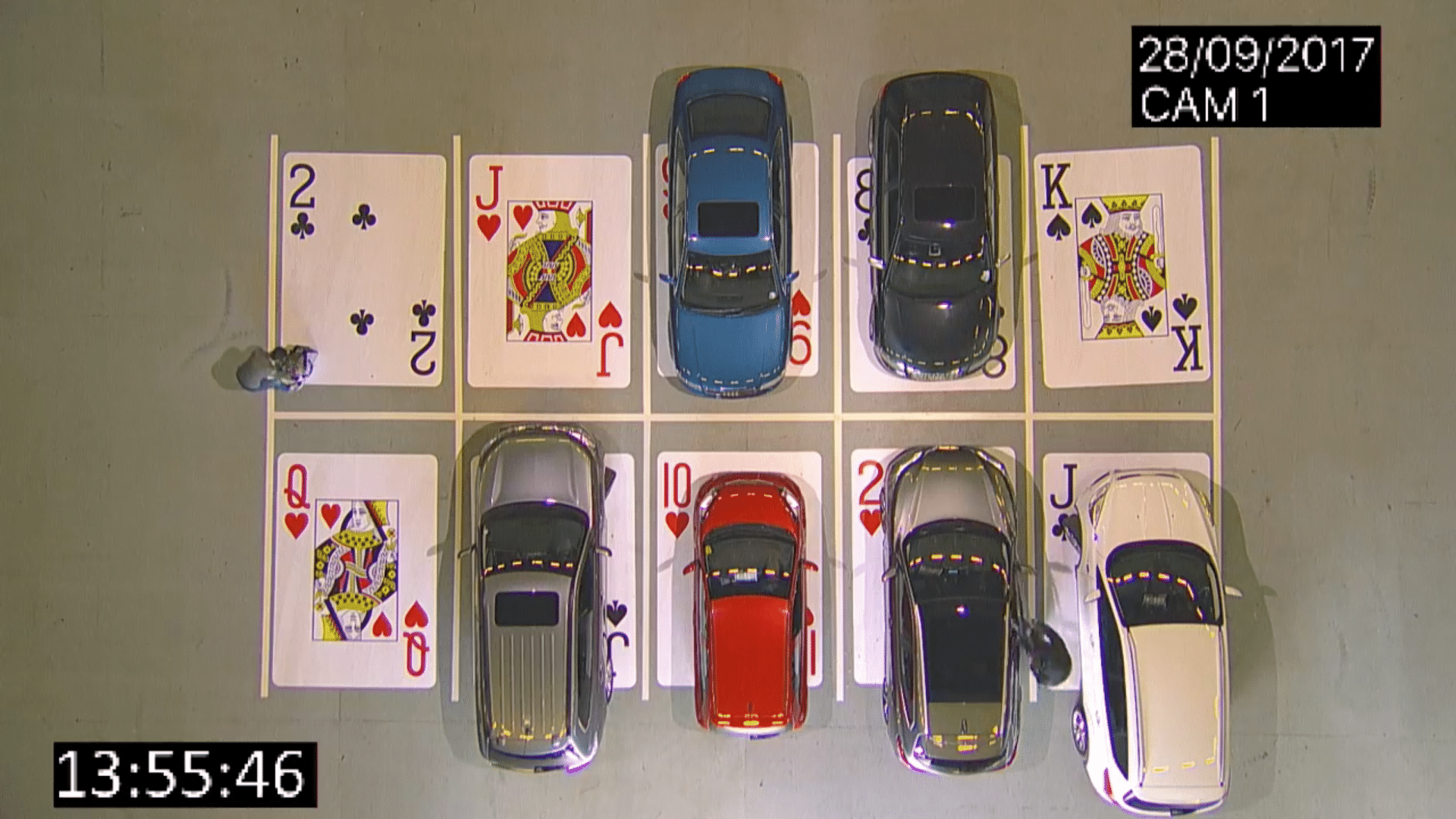 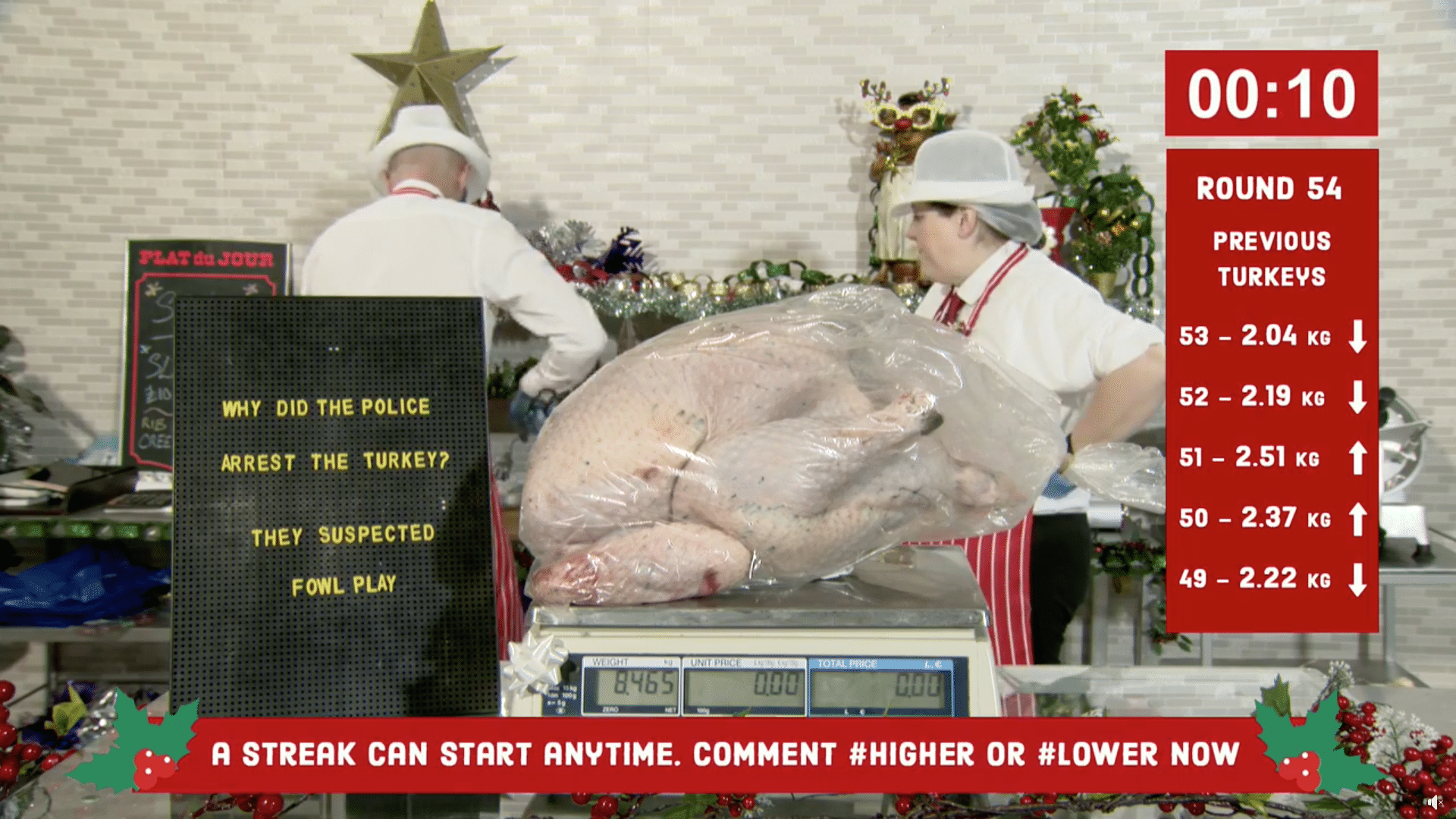 Both live streams were enjoyed by tens of thousands of people on Facebook and generated hundreds of new followers for Virgin Games as well increased traffic on the related pages of the site. Using our specialist polling feature, viewers will be able to guess the weight of the turkeys and vote as to whether the next one is higher or lower. The Poker game played for 2 hours and was a roaring success, with over 120,000 viewers and 26,500 reactions.

total views across both streams