Groovy Gecko were approached by Vodafone to film and stream a football match on the Scilly Isles with recording done through Vodafone mobile devices and the outcome of the game from the world’s first FAR (fan assisted refereeing).

Promoting Vodafone’s 5G technology, we covered the world’s smallest football league in the Isle of Scilly incorporating interactivity in a new and exciting way to get fans involved in the actual outcome of the match.

As part of Vodafone’s extension of its high speed 5G network to the Isles of Scilly, Vodafone’s aim was to promote Voda 5G Mobile Technology with a live stream of the world’s smallest football league playing a match in the Isle of Scilly with an interactive element to the stream.

At launch, both consumers and business customers will be able to receive 5G in seven cities across the UK as well as the Isles of Scilly. An additional 12 towns and cities will receive 5G during the year, and in a world first, Vodafone will offer customers 5G roaming over the summer.

The Isles of Scilly League will not only become the world’s first 5G-connected league, it will also see the launch of the first ever crowdsourced fan-assisted referee (FAR) system later this year. In addition to live streaming key league games over 5G for the forthcoming season starting in October 2019, Vodafone will also connect supporters elsewhere on the island so they can instantly have a say on key decisions during a game via their mobile phones.

5G’s unique characteristics will allow anyone with a compatible smartphone to become a remote assistant referee. Whether they are socialising at the local Scillonian Club, broadcasting live on air with Radio Scilly or on a boat in the harbour, locals who are not pitch-side can review disputed penalties, goals or red cards and deliver their verdict instantly back to the match official.

5 phones dotted around the pitch and people around Scilly voting on the outcome of referee decisions for the world’s first FAR (Fan assisted referee).

REALM Live Voting, isles of scilly logistics, all filmed through mobile phones, acquiring the feeds via IP (internet) rather than physical cabling, all connecting to one central hub where it was mixed. Logistical challenges – shipping kit in containers, get camera scaffolds by 2×2 meter arch to get to football pitch. 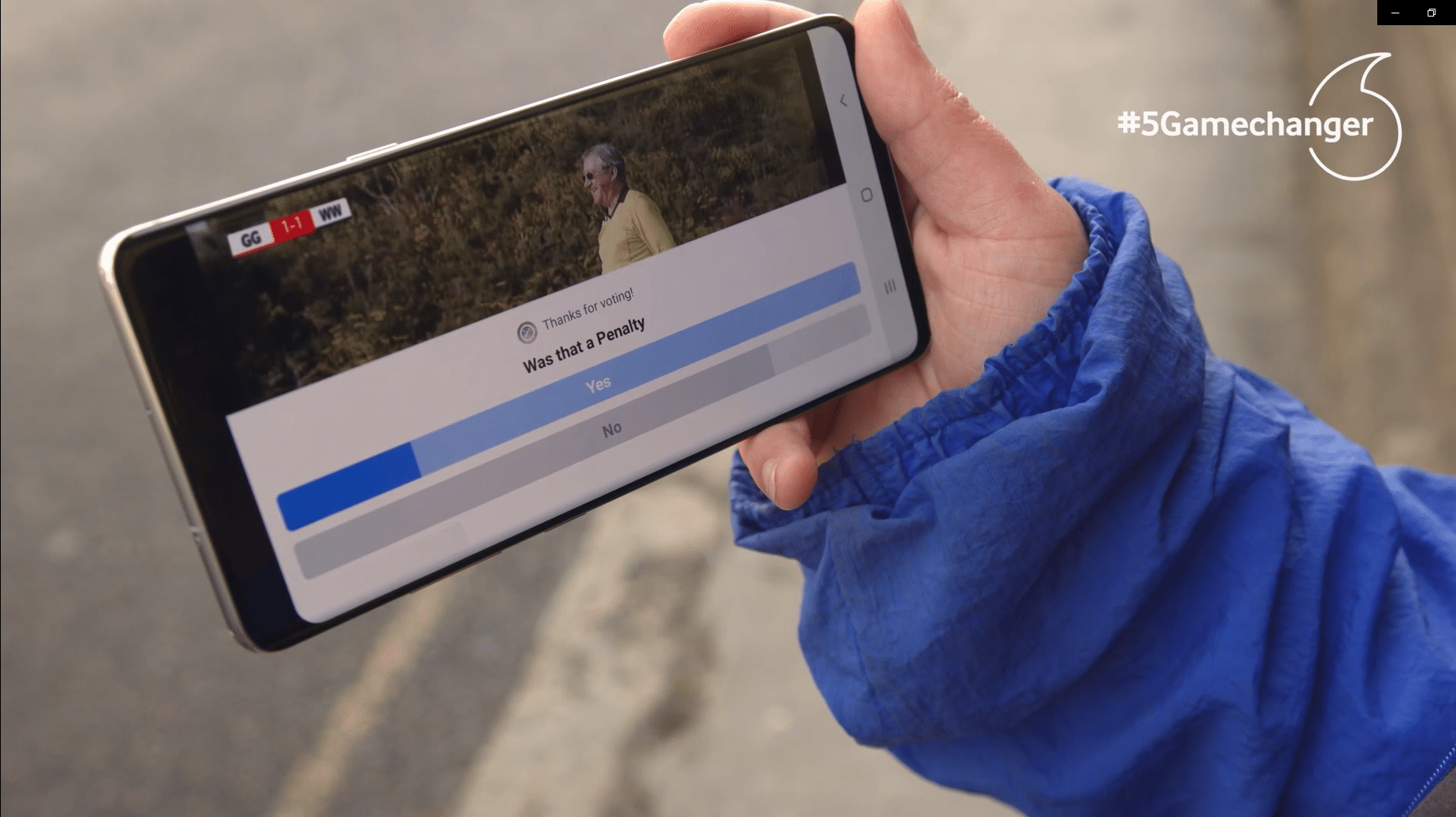 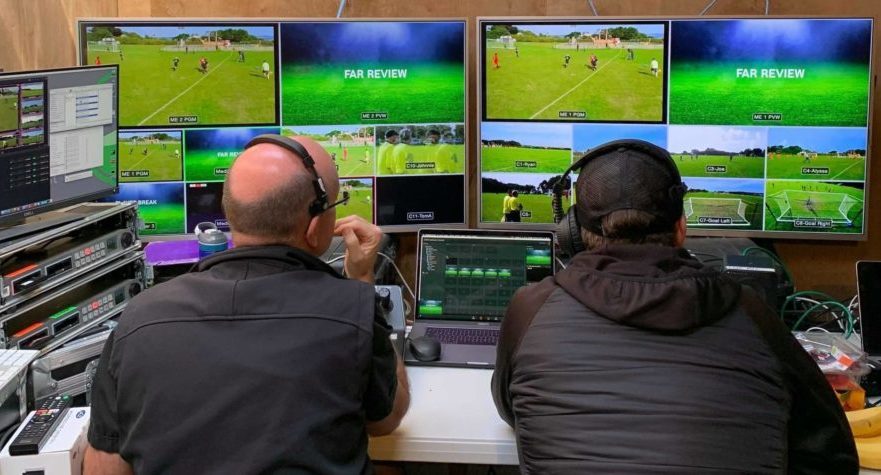 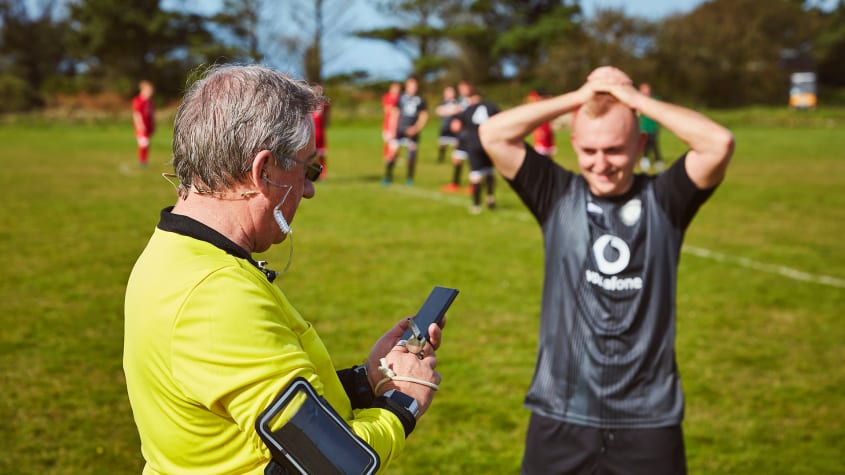