Following the incredible success of the Music for Hope live performance at Easter, which became the most watched classical music concert ever on YouTube, it was fitting that our final live stream of 2020 gave us another opportunity to collaborate with Universal Music and Andrea Bocelli.

This time around, Groovy Gecko helped deliver a series of live streams to Facebook to help promote Andrea’s newest album, Believe. Collectively, the streams received over 3.7 million views and over 1,250 questions sent in during a live Q&A session. The culmination of the series saw a magical performance from Andrea at the Frassasi caves in Italy.

We were tasked with producing 3 events with Andrea. Two of which would be Q&A sessions at Andrea’s home as well as an ambitious live performance from Inside the spectacular Frassassi caves. We provided a full managed service including directors and producers to help craft the shows and a collaborative effort between our Italian and UK teams to cover cameras, audio, lighting and the live streaming of the events.

The first stream was a live Q&A session using our REALM technology to pull questions from the audience through the Facebook questions card. Over 1,250 questions were received and following the stream, we used the Facebook messenger replies functionality to send an exclusive link to purchase the new album, to those viewers who sent in questions. All viewers that submitted questions were also in with a chance to join Andrea for an intimate live Q&A session.

The second stream saw 6 fans Invited to join a Facebook live stream via video and ask a question directly to the man himself. The event was truly global with fans from Costa Rica, the United States, Portugal, France, Belgium and Ireland joining. Both of the Q&A events were filmed at Andrea’s home with our on-site production team and distributed via our liveU systems to our MCR In the UK, where they were then distributed to Facebook live.

The grand finale of the series was an opportunity to bring the production toys out in the form of specialist cameras and lighting while also tackling the logistics of setting up a large production in a cave including getting a grand piano safely in and out.

Our crew of over 25 people ensured the beauty and integrity of the caves was preserved during filming as well as capturing a heart-warming performance from Andrea for viewers to enjoy over the festive period. In addition to the obvious challenges presented by Covid and the protocols for testing and social distancing we put in place, the venue also had some challenges up it’s sleeve – caves have lot of moisture as it turns out… but we are proud to have overcome everything it threw at us and it joins an illustrious list of ‘harsh’ filming environments including deserts, South London and the bit after you jump out of a plane (the sky)? 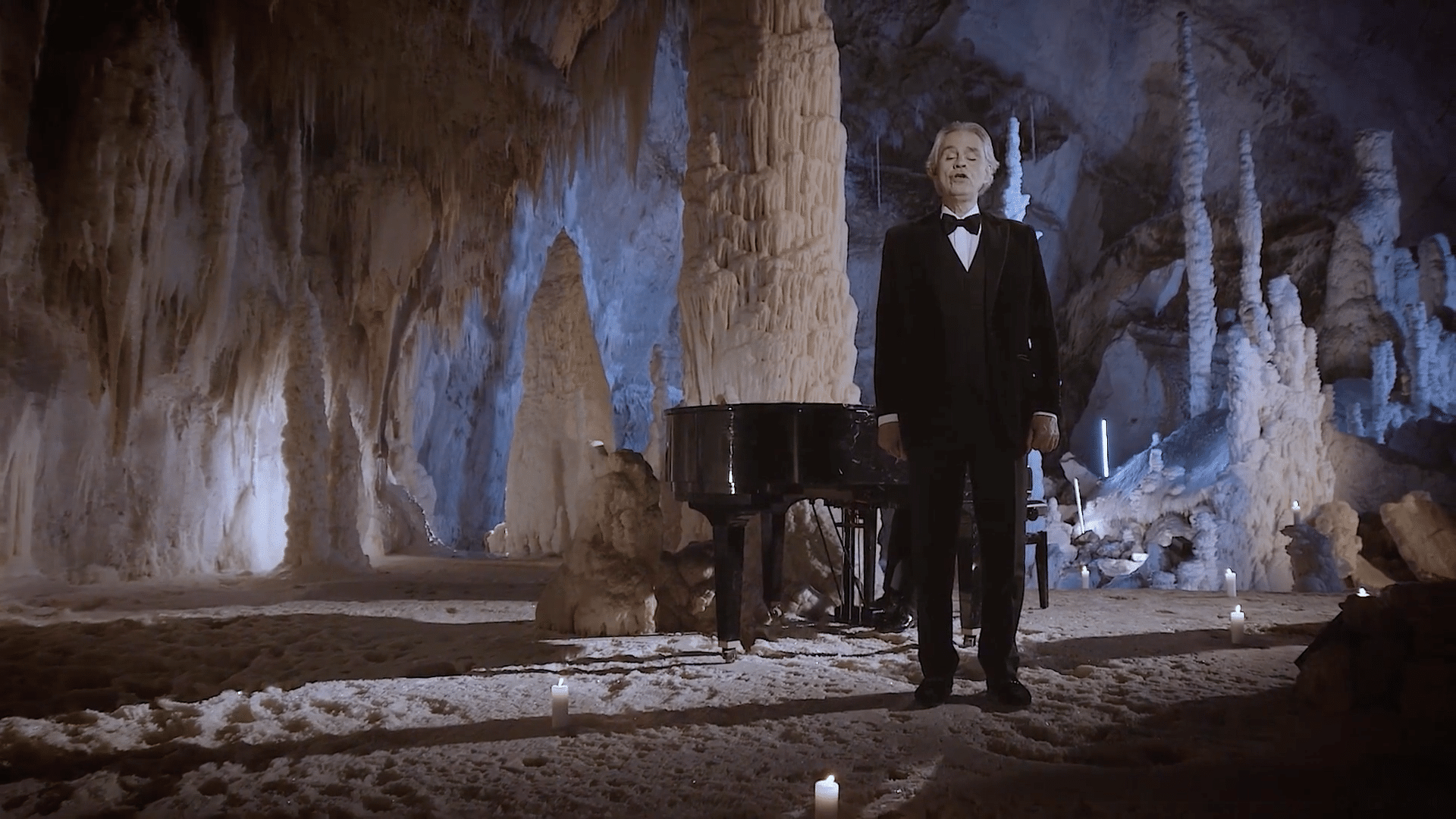 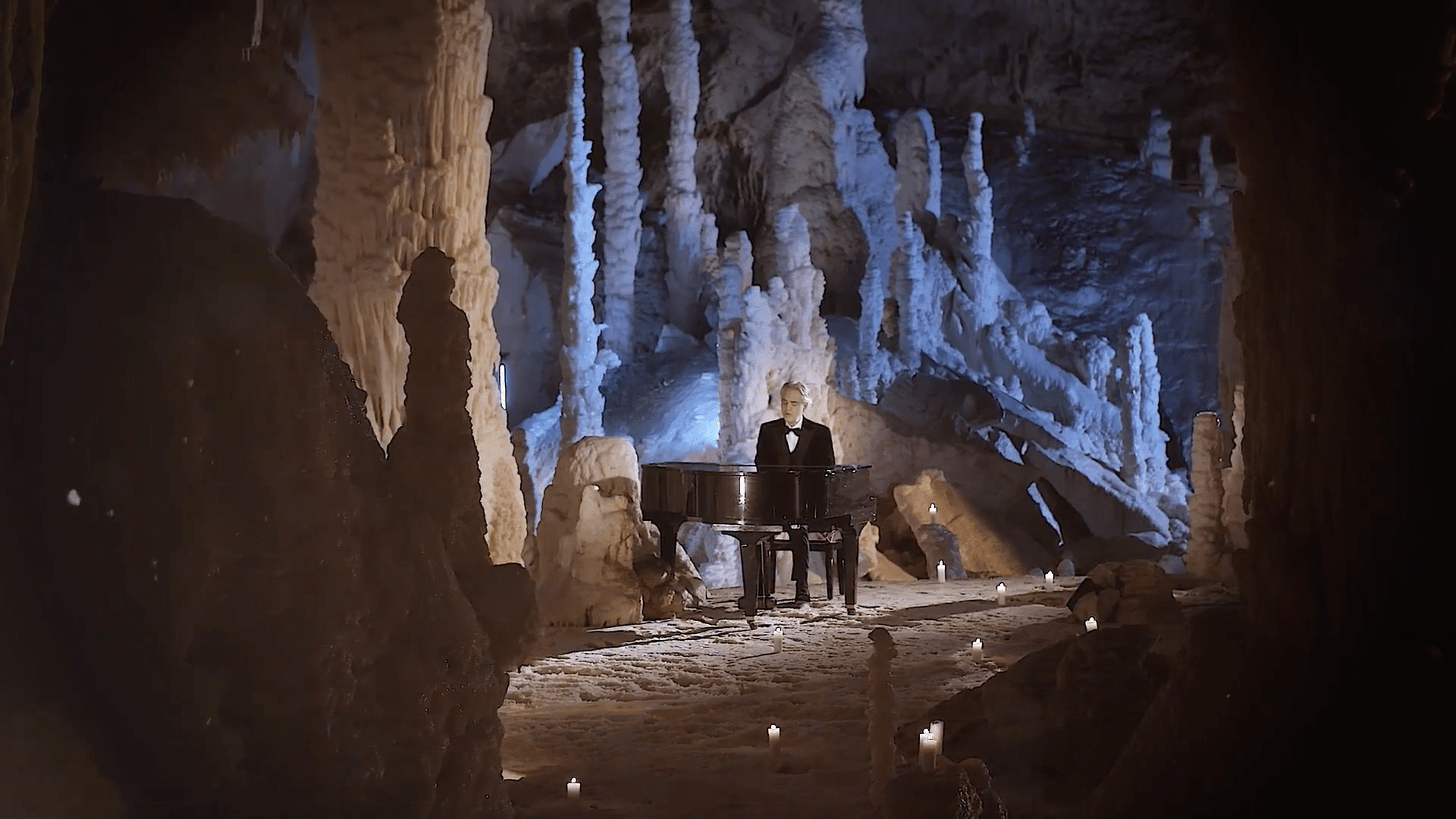 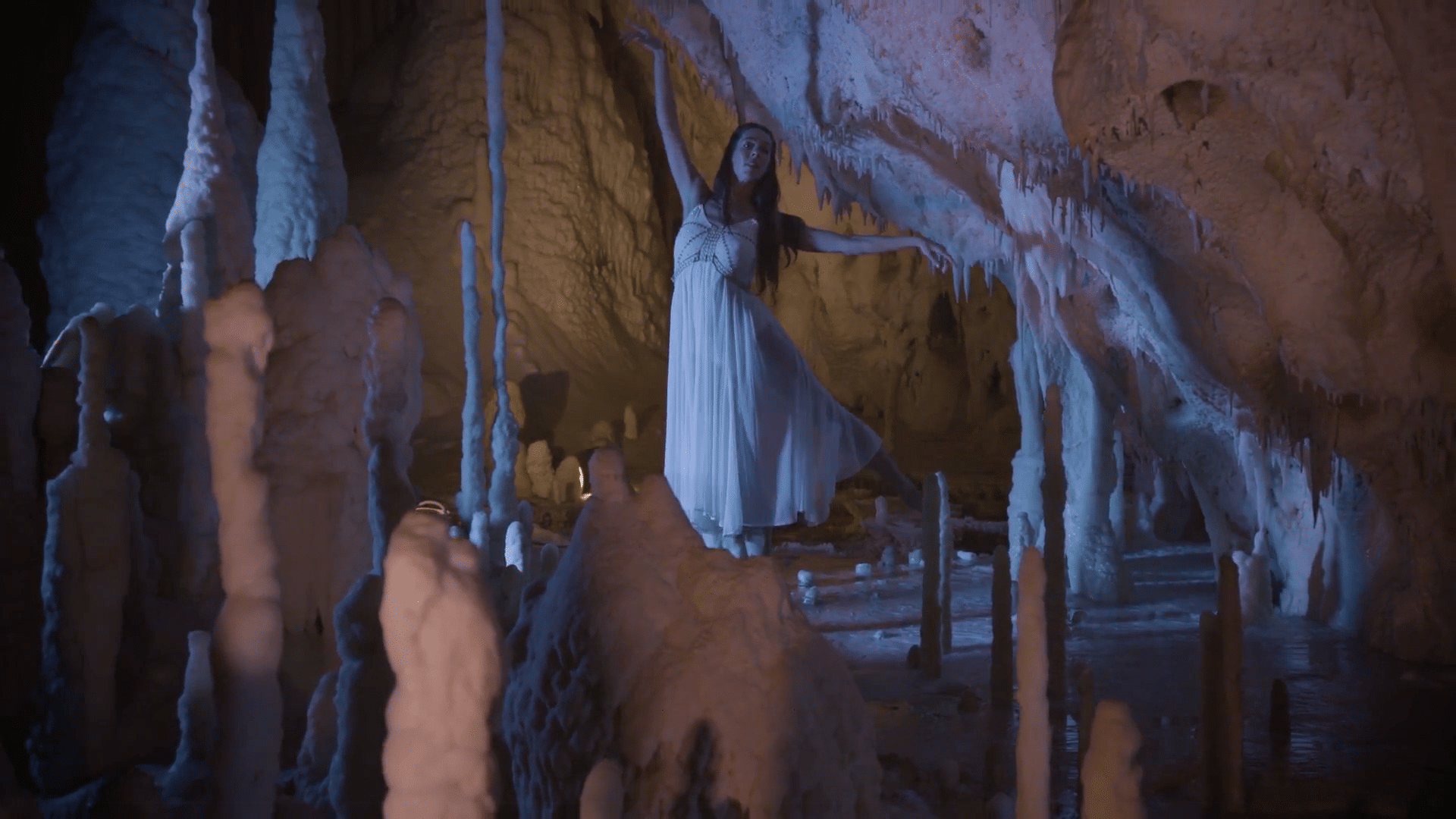 The results of this live streams were incredible, with over 3.7 million total views and over 1,250 questions sent in during the first Q&A live stream. Interaction was high with over 139,000 reactions and comments across the 3 streams. Universal Music was really happy with the results and overall quality of the productions.

total views across the 3 streams