We worked with Pringles and agency Tandy Virdee to live stream an interactive world-record-breaking event to the Pringles website.

This live stream saw tweets affect a robotic arm that hit the pinata in celebration of Pringles’ new Tortilla flavours.

The project itself, to have viewers operate a piñata bashing robot by sending it a Tweet, had never been attempted before. The audience could view a live stream of the robot hitting the piñatas along with a queue of the top 4 users whose tweets were about to trigger the robot, with every tweet entering a chance to win a once in a lifetime trip to Mexico – the home of fiesta and the flavours that inspired the Pringles Tortilla range. One of the main challenges was making sure the delay between viewers sending a tweet and seeing it wasn’t too great that they felt disconnected from the process.

The Pringles Pinata was an integrated digital platform and live studio experience running across 3 countries simultaneously (UK, Germany and ROI). The promotion was supported by paid social in UK and Germany with the ROI throughout the promotional period being driving awareness of the new product and building on the growing excitement of the new Pringles Tortilla Chips. We developed an easily embeddable iframe containing the live stream for use on the competition site. We also developed a mechanism using ‘pusher’ which meant when a tweet came in, the viewers name was highlighted and the mechanical arm was triggered so the process felt responsive to viewer tweets. The solution was fully tested with redundancy in the weeks prior to the campaign and the live stream was delivered flawlessly for the entirety of the four week project. The robot arm /live studio set up was created by B Reel. 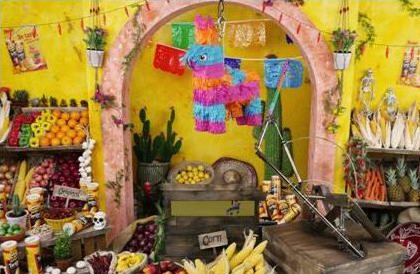 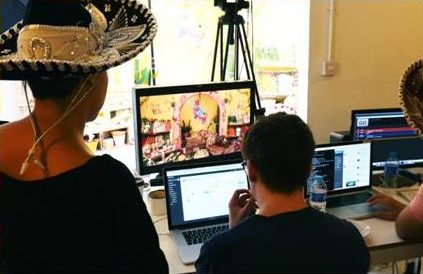